skip to Main Content
One of our user’s reports that he experiencing a strange phenomenon when he connects to his Exchange mailbox:
Mail item that sent from the recipient automatically sent to a specific folder instead of the inbox folder, E-mail is automatically forwarded to another recipient and so on.In some scenarios, the problem could be related to corrupted hidden Exchange inbox rule.
In the current article, we review how can we locate such inbox rule using the MFCMAPI tool and delete it.

Technically speaking, there are a couple of optional causes to this issue such as – a problematic mobile device mail client, third party Outlook add-on or Outlook plugin and so on.

The other option that I would like to review in the current article is – the possibility of corrupted, hidden inbox rules.

The phenomenon of “corrupted hidden inbox rules” is not an ordinary scenario, but, in some case, after we have exhausted all possibilities, we need to consider this option.

As mentioned, in our scenario Exchange user experience “strange behavior,” and we suspect that the issue may be related to existing “corrupted hidden inbox rules.”

In some scenarios, the user has an existing inbox rule that can be seen via the Outlook \OWA graphic interface.

Note – in case that you need more information about the process of export-import inbox rule, you can read the following article – Import or export a set of rules.

The MFCMAPI tool uses existing Outlook mail profile that already configured on the particular desktop form which we use the MFCMAPI.

In other words – to be able to use the MFCMAPI tool for examining the structure of a particular Exchange mailbox, we will need to have the specific user credentials and configure the Outlook mail profile for the specific Exchange recipient. 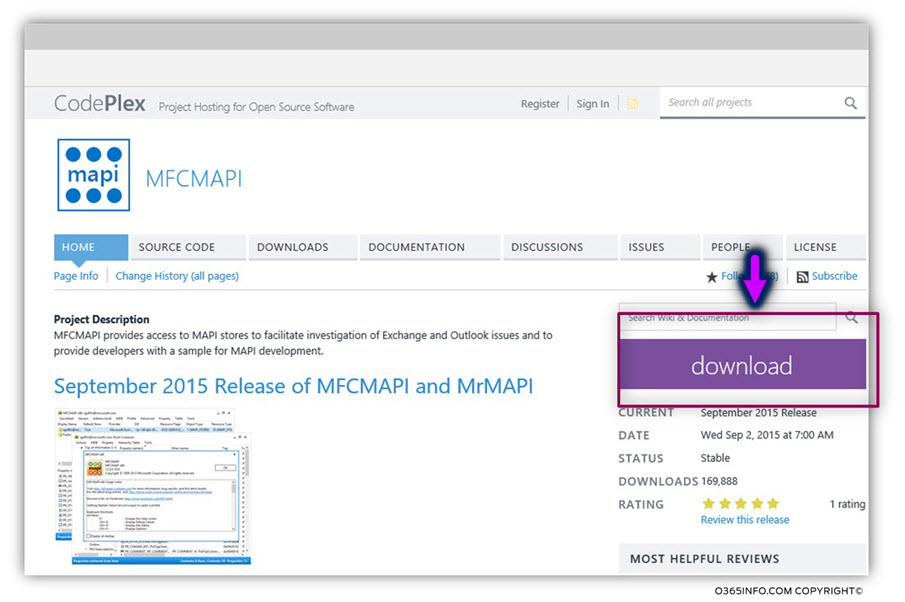 MFCMAPI implemented as EXE file; there no need to “install” the MFCMAPI 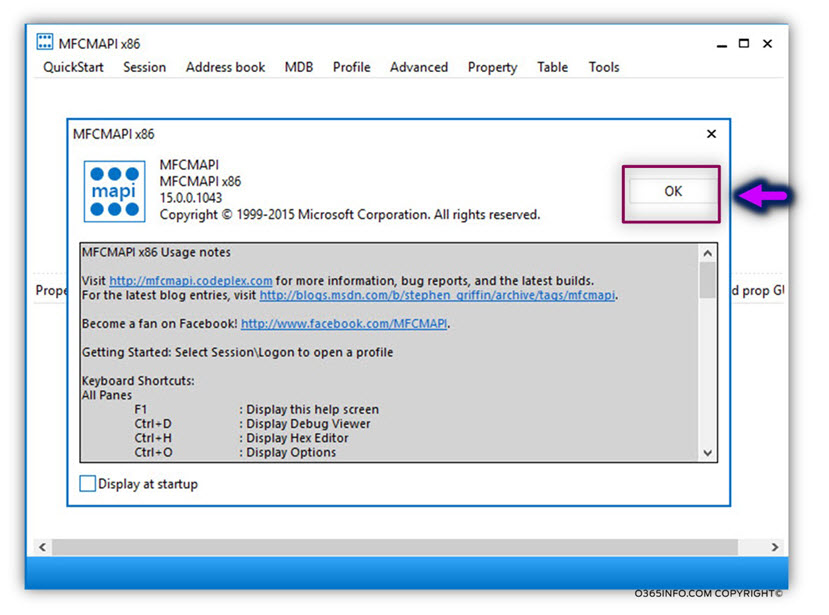 In our scenario, we want to use the MFCMAPI for deleting corrupted, hidden Exchange inbox rules from the Exchange mailbox of a recipient named Bob. 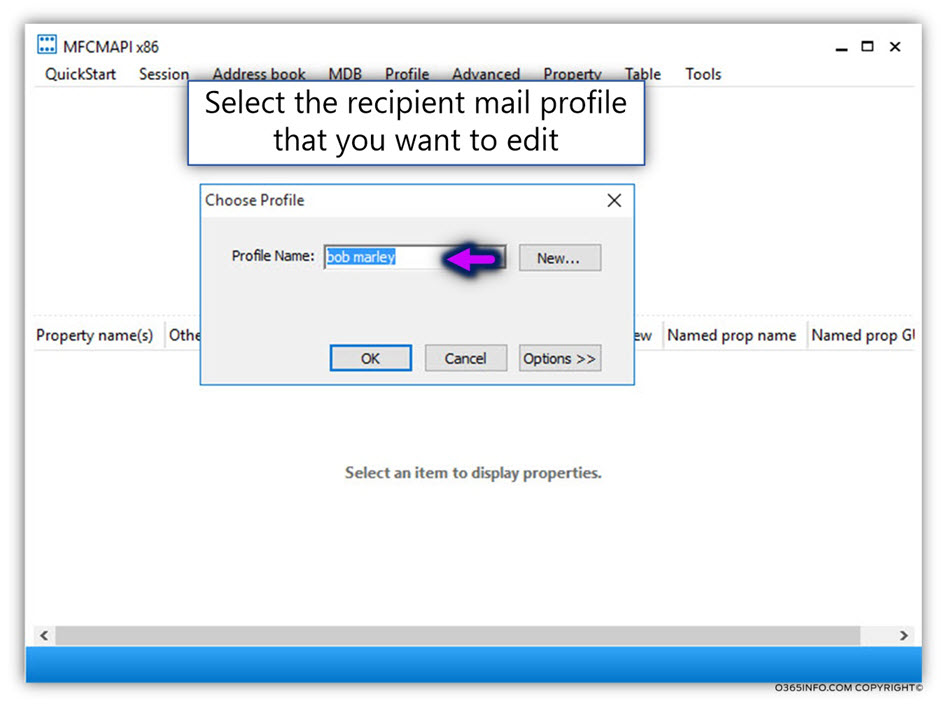 General note – a specific Outlook mail profile can serve as a container for different Exchange object such as – user mailbox, online archive, Public Folder or other mailboxes which the recipient has Full Access to these mailboxes.

For this reason, when we use the MFCMAPI to log into specific Exchange recipient mailbox, we can see a couple of “databases” represented by the yellow icon.

In our scenario, we wish to examine the content of Bob’s mailbox. 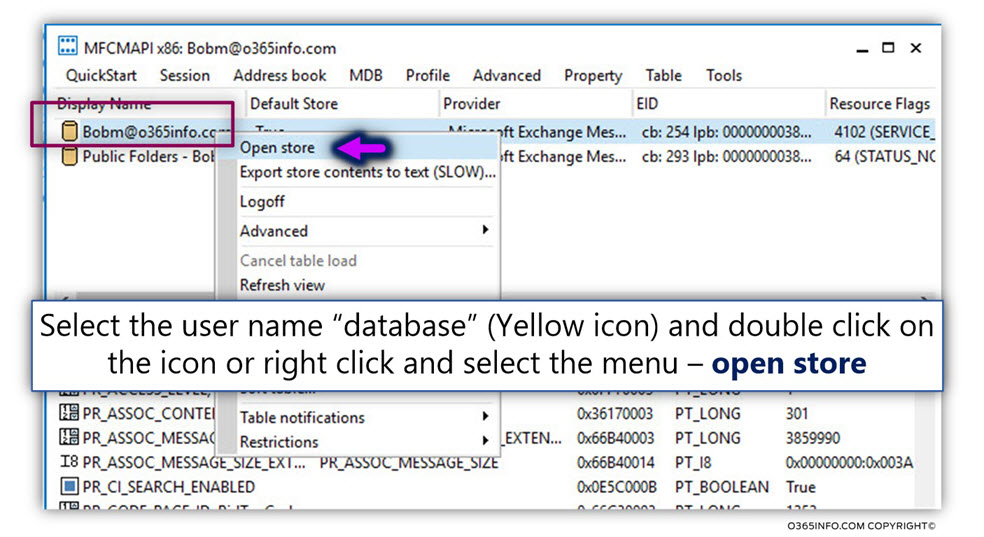 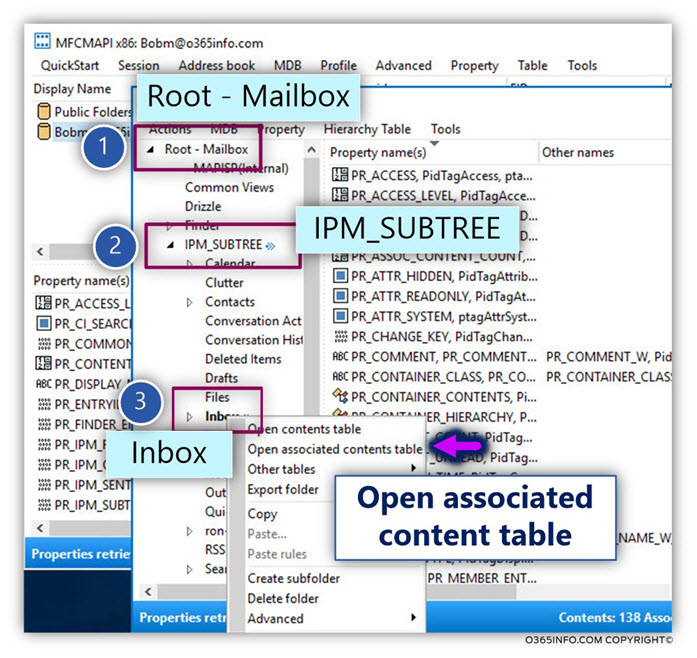 New “MFCMAPI window” appears – this window displays the internal structure of the Inbox folder. The window includes many columns.
In our scenario, we want to view the content of a column named – Message Class
To view this column, scroll to the right the column headers 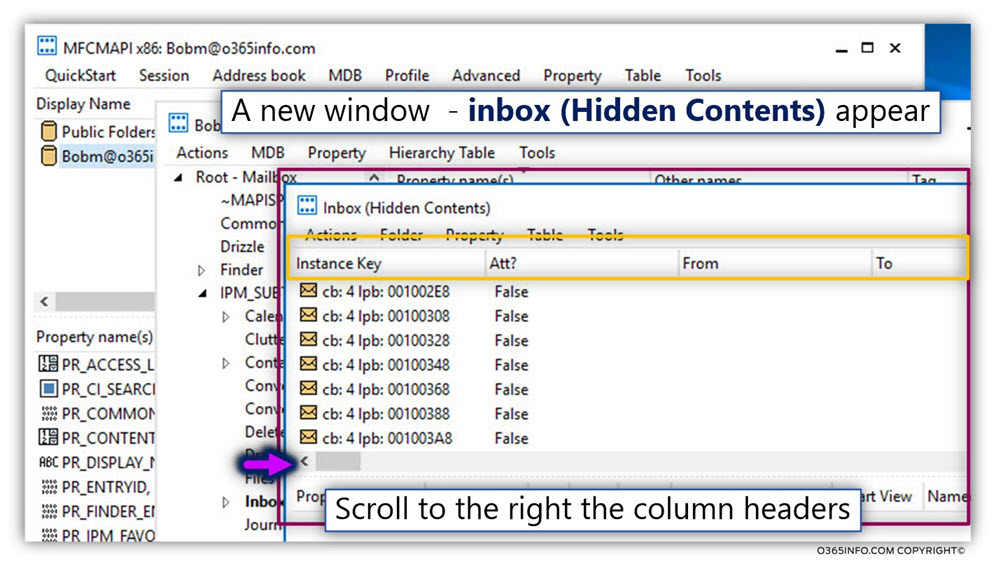 The inbox rule saved as an object named – IPM.Rule.Version2.Message 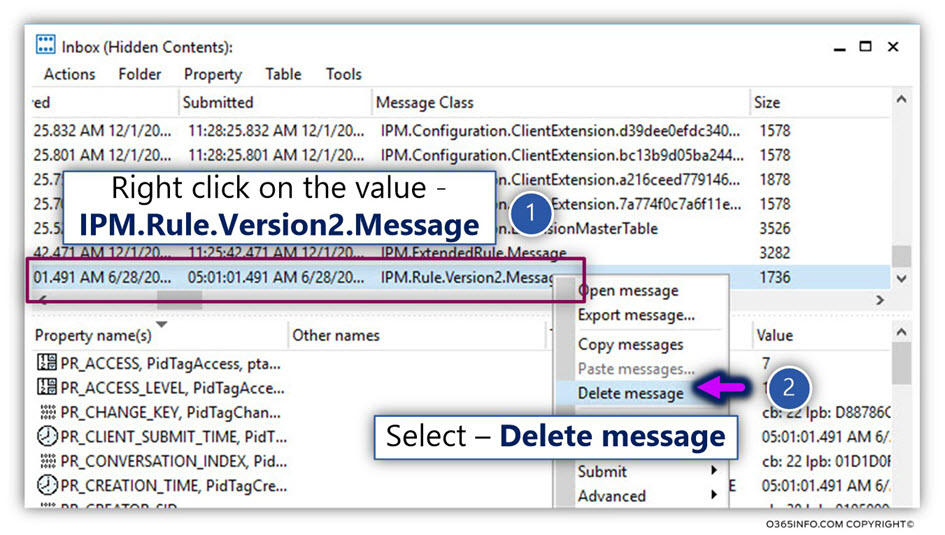 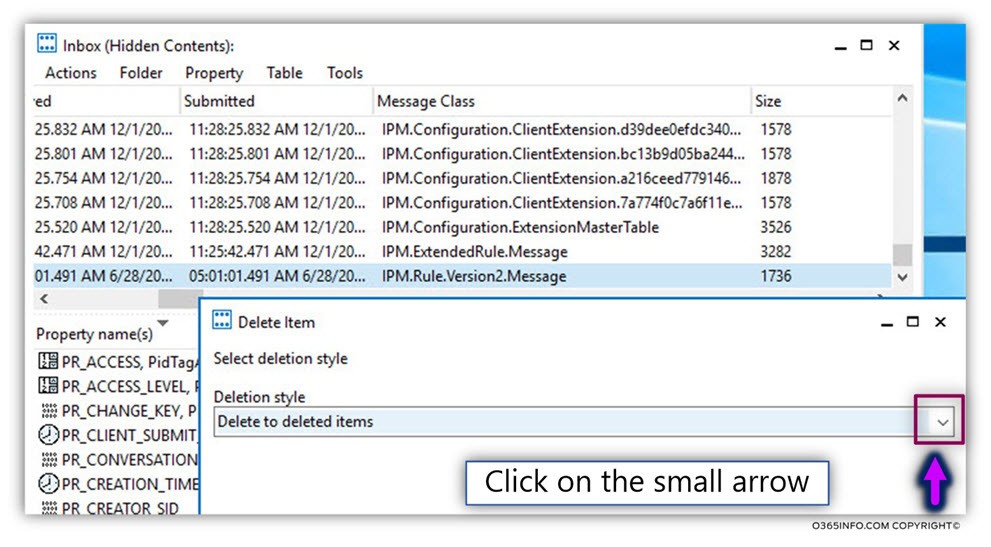 In some scenario, when we open the Outlook mail profile of the user whom we remove his inbox rule the following warning message appears:

The rules on this computer do not match the rule on Microsoft Exchange. Only one set of rules can be kept. You will usually want to keep the rules on the server. Which rules do you want to keep? 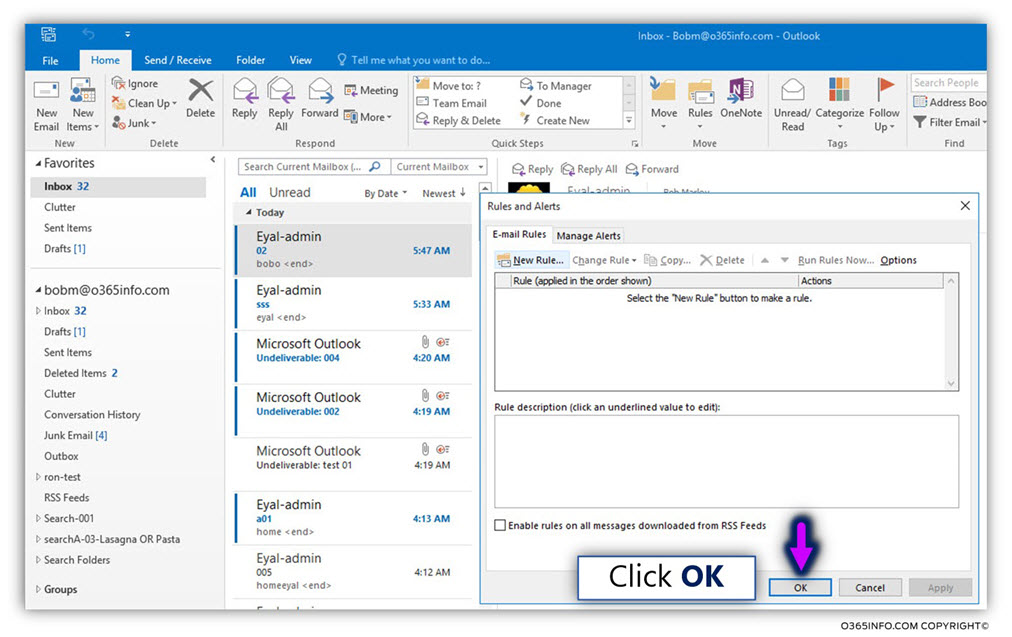 How to Manually Configure Outlook (Office 365)

In the current article, we will continue to review the subject of the Outlook client…

In the current article, I'm going to reveal a secret that is going to affect…